What Biden’s Cannabis Policy Review Means for the Industry 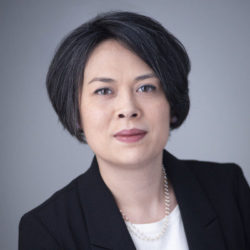 President Biden recently released an official statement on cannabis reform that permanently changes the landscape of federal policy on cannabis. In his statement, he pardoned individuals convicted of simple possession in the past thirty years under federal law and Washington, DC law. Of further historical significance, he asked the Secretary of Health and Human Services and the Attorney General to begin to review how cannabis is scheduled under federal law. According to Biden’s official statement, “[w]e classify marijuana at the same level as heroin – and more serious than fentanyl. It makes no sense.” Although decriminalization is unanimously welcome among those in the regulated cannabis industry, Biden’s statement has left many guessing as to what path forward the Biden administration will choose in terms of either rescheduling or descheduling cannabis.

Under current law, Biden could reschedule or deschedule cannabis via executive order. There is an important distinction between rescheduling and descheduling cannabis entirely. Rescheduling would mean changing the classification of cannabis to that of a less dangerous substance under the Controlled Substances Act. Schedule 1 contains substances with the highest potential for abuse and severe dependence, and with no medical benefit. Heroin, LSD and ecstacy are among the substances on Schedule 1. The least serious classification is Schedule V, which contains substances such as cough syrup and ibuprofen. Descheduling would remove cannabis from the Controlled Substances Act entirely. Descheduled substances include alcohol and tobacco. The U.S. House bill approved in May of this year, the MORE Act, would deschedule cannabis.

There are conflicting opinions regarding the risk of abuse, dependence and harm that can result from cannabis use. However, it is difficult if not impossible to maintain the position that cannabis should remain on Schedule 1 – which is for substances with no medical use – when thirty-seven states have active medical cannabis programs. Even Supreme Court Justice Clarence Thomas has weighed in on the glaring inconsistency, noting that “[t]he federal government’s current approach is a half-in, half-out regime that simultaneously tolerates and forbids local use of marijuana.” The first medical marijuana program was voted into law in California in 1996 – more than a quarter of a century ago. As such, President Biden’s request to have his Attorney General look into rescheduling cannabis is long overdue.

There are many possible paths forward in rescheduling cannabis. If moved to Schedule 2, cannabis and cannabis products would be available by prescription from a doctor. Cannabis and cannabis products would need to go through the rigorous and costly FDA approval process, which is much more involved than anything states require. This would be very harmful to the state cannabis markets that have emerged. Furthermore, Section 280E would still apply, as it prohibits tax deductions for any “trade or business” in Schedule 1 or Schedule 2 substances which are “prohibited by Federal law or the law of any State in which such trade or business is conducted.” It’s not clear how much regulatory relief banks and payment processors will see if cannabis is moved from Schedule 1 to Schedule 2. In many ways, this would be the worse case scenario for the industry.

Controlled substances that appear on Schedules 3-5 are not subject to the 280E tax exemption, lifting a huge tax burden from cannabis companies. Schedule 3 is for substances with “a moderate to low potential for dependence” such as ketamine, anabolic steroid, and suboxone and Schedule III drugs. Schedule 4 drugs have a low potential for abuse. Unfortunately, a doctor’s prescription is still required for Schedule 3 and 4 substances. Schedule 5 substances are sold over the counter and don’t require a prescription, but they must be FDA approved and produced in compliance with FDA standards. This would create a huge regulatory burden on the cannabis industry, which is currently regulated by state law regimes.

For plant-touching companies, the primary benefit of descheduling is that cannabis would not be subject to the FDA’s strict and comprehensive regulatory regime. This would place far less regulatory burden on those companies. Descheduling cannabis would allow planting-touching companies to have easier access to institutional capital. Cannabis companies could more easily go public. At the same time, allowing for shipment of cannabis across state lines could spell the end of cultivation businesses in climates less favorable to cultivation, and allowing for international imports could cripple the domestic market.

Despite the passage of the MORE Act in the House earlier this year, it is generally agreed that federal authorities are unlikely to recommend descheduling. Congress, of course, has the power to reschedule or deschedule cannabis via legislation and any act of Congress would supersede an executive order. Whether Biden will issue an executive order to reschedule cannabis and, if so, in what manner, is a matter of speculation.

Given the seismic changes that will result from rescheduling or descheduling cannabis, policy makers in the Department of Justice and the Department of Health and Human Services as well as the White House will need to carefully weigh the benefits and tradeoffs of different paths to ensure that the Biden administration, in its well-intentioned effort to reform federal policy on cannabis, does not unwittingly deal a major setback to the burgeoning U.S. cannabis industry.