The monumental fall from grace 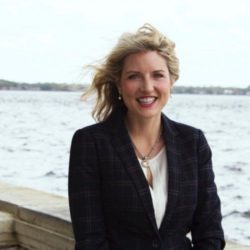 The U.S. Government requested the Bahamian authorities to arrest Sam Bankman Fried (SBF) on December 12, 2022, based on a sealed indictment filed by the Southern District of New York.

The arrest comes just over a month after the shocking implosion of the centralized exchange, FTX, which was trusted with over $32 billion of clients’ assets. The International arm of the exchange offered clients 20X leverage trading.

The Bankruptcy & Hack. When a run on deposits started in early November, SBF reached out to Binance for a loan, which fell through shortly after Binance got a look under the hood. The Company filed for Chapter 11 Bankruptcy on November 11, 2022.  Hours later, the exchange was “hacked” for $663 million. Blockchain analytics firms reported that $186 million went to FTX personnel, and the remaining $447 million were transferred to decentralized exchanges such as Uniswap. The day before the bankruptcy, the only people who could withdraw from the exchange were Bahamas’ citizens and a black market emerged for Bahamian passports.

New CEO’s testimony. SBF was scheduled to speak at the U.S. Congressional Hearings on December 13, 2022, which would have been pretty interesting considering the scathing testimony from the new CEO of FTX, John Ray III. Mr. Ray was also the CEO post-Enron.

Questions have been raised as to why all of the FTX Group companies were included in the Chapter 11 filing, particularly FTX US. The answer is that FTX US was not operated independently of FTX.com. Chapter 11 protection was necessary both to avoid a “run on the bank” at FTX US and to allow our team the time to identify and protect its assets. Since the time of the filing, I have become even more confident this was the correct decision, as the books and records issues at FTX US and the many relationships between FTX US and the other FTX Group companies become clearer.

Press Circus. Without a major exchange to run, SBF has been spending all of his time the past few weeks doing podcasts and Twitter spaces with each interviewer trying to act like a prosecutor and coax him to admit to fraud. SBF maintained that he lacked the intent to harm any customers, and just didn’t realize that he was doing anything wrong.

Some interesting quotes from his various interviews include,

Investigations. The Bahamas’ government has frozen some FTX assets, and there are said to be investigations opened from Australia and Japan, as well as by the U.S. Securities & Exchange Commission (SEC) and the U.S. Department of Justice (DOJ)

High-Profile Lawyers. Meanwhile, SBF has had trouble keeping lawyers on staff. Martin Flumenbaum resigned on November 18 citing a conflict of interest.  Recently, Mark S. Cohen has come on board, he is the lawyer who recently represented Ghislaine Maxwell and prosecuted El Chapo.

Clawbacks. It will take the bankruptcy proceedings many years to untangle the mess of fraudulent transfers, but ultimately every politician and media outlet that received millions of dollars in donations should be ready to return those funds to the bankruptcy estate.

Contagion. Since FTX’s fallout, BlockFi was pushed into filing Chapter 11 in New Jersey on November 28, 2022. Likewise, Genesis Trading, a company owned by Barry Silbert, closed its withdrawals on November 16, 2022. When the exchanges suggested they should all show proof of reserves to improve transparency and confidence in the industry, Crypto.com accidentally transferred $320,000 Eth to Gate.io. It’s possible there will be more fallout in the coming months.

Class Action. Shortly after the bankruptcy filing, a class action case was filed against SBF, and numerous executives and celebrity endorsers. Recently the family attorney, Daniel S. Friedberg was added to the defendant list. Mr. Friedberg was instrumental in the online gambling world prior to shifting his practice to cryptocurrency exchanges. In a plot that could easily be featured on the Curb Your Enthusiasm show, Larry David was also named in the class action suit, even though he explicitly told people not to invest in FTX during the super bowl ad. Kevin O’Leary is also a defendant, for his role as a promoter of the exchange, for which he was paid $15 million.

In the Southern District of New York (“SDNY”), SBF was charged with:

There is a forfeiture allegation stating all assets gained through any of the aforementioned fraud should be forfeited to the U.S. government.

In the SDNY, the SEC outlines the detailed fact pattern that led to the collapse. FTX did five equity fundraising rounds totaling $9.9 Billion, all based on promises to investors that appropriate risk management controls were in place.

The prayer for relief includes:

Conclusion. As the bankruptcy unfolds, the battle between the U.S. Government’s forfeiture claims and the depositors will hopefully land in favor of the depositors. Many are using this debacle as a chance to call for the industry to become subject to heightened regulatory scrutiny, but actually, we have existing rules against fraud, and it looks like those rules will be enforced after all.